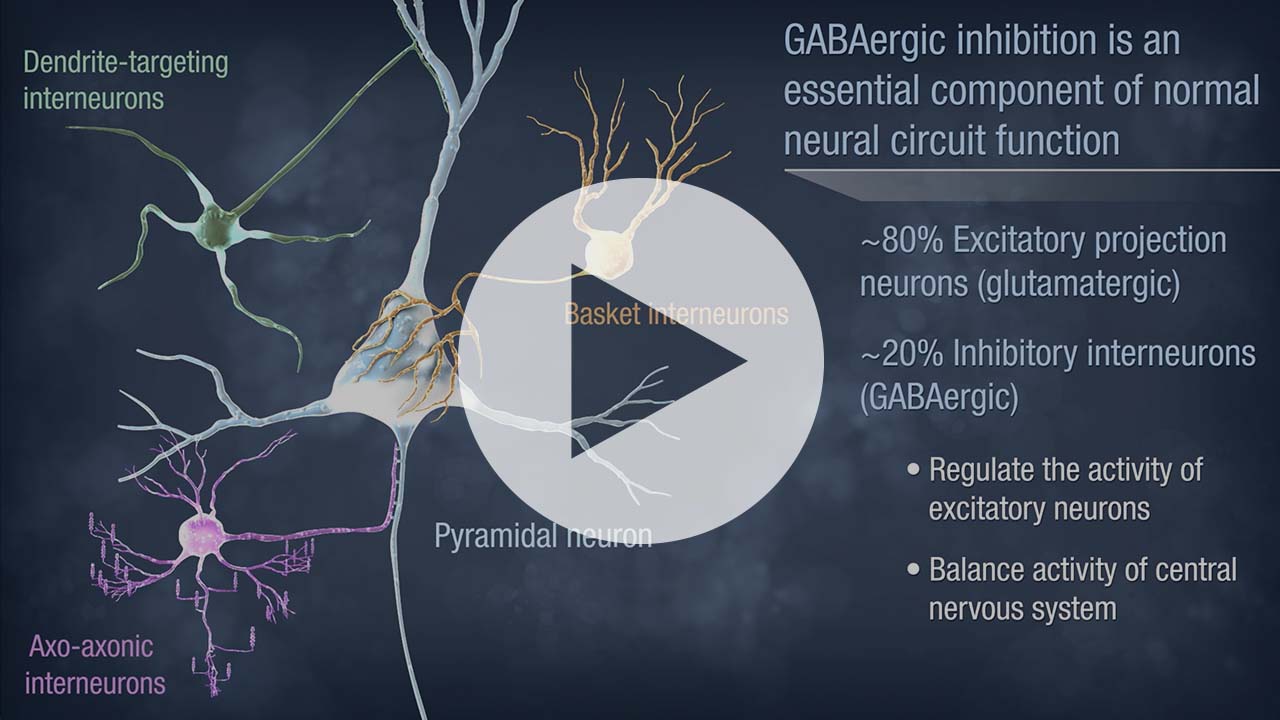 Neurona’s lead product candidate, NRTX-1001, comprises human MGE-type inhibitory GABAergic interneurons derived from pluripotent stem cells. NRTX-1001’s first indication is for the treatment of drug-resistant focal epilepsy, which is a major unmet need affecting approximately one-third of people living with epilepsy. Epileptic seizures are characterized by imbalanced neural activity and insufficient GABAergic inhibition, resulting in hyperactive neural networks. Refractory seizures can be disabling and significantly impair quality of life, and there are few effective options currently available to those suffering from chronic epilepsy. For some with refractory focal epilepsy, a surgical lobectomy to remove or ablate the seizure-onset zone can be an option but risks significant adverse effects due to the tissue-destructive nature of the surgery. Therefore, alternative therapeutic options are needed to target the seizure-onset zone in a non-tissue destructive manner. NRTX-1001 may potentially satisfy this need. The NRTX-1001 inhibitory neurons are targeted to the seizure-onset zone to enhance GABAergic inhibition, reduce seizure activity, and repair the affected neural network. NRTX-1001 is delivered as a single, one-time dose and is intended to persist and provide long-term seizure suppression. In preclinical studies, NRTX-1001 has provided seizure-freedom to the majority of the cell treatment group and has not shown signs of dose-limiting toxicity. The preclinical safety and efficacy data have led to an FDA-cleared Phase I/II clinical trial of NRTX-1001 for drug-resistant temporal lobe epilepsy (NCT05135091).

Chronic refractory epilepsy can lead to many co-morbidities, including a higher risk of dementia. Many people with Alzheimer’s disease have subclinical electrical discharges, similar to epileptic seizures, that begin in the temporal lobe (a memory center) of the brain and have been hypothesized to potentiate disease progression and result in more rapid cognitive decline, compared to people without these electrical discharges. Similar to cell therapy for epilepsy, inhibitory neuron therapy for Alzheimer’s represents a novel therapeutic strategy. Preclinical studies are ongoing to investigate whether NRTX-1001 can repair neural activity in the temporal lobes, reduce neurodegeneration, and improve cognition.

In addition to inhibitory neurons, the MGE robustly supplies the developing forebrain with oligodendroglia. These oligodendrocyte cells insulate, or myelinate, neuronal axons and are essential for the health of the nervous system. There are several genetic disorders resulting in dysmyelination of the developing nervous system. Additionally, there are multiple types of demyelinating disorders due to neurotrauma-induced inflammation, vascular injury, hypoxia, and autoimmune attack. Administration of human oligodendrocyte glial cell therapy has the potential to restore myelin and repair the nervous system. However, human oligodendroglia have been difficult to manufacture, often requiring a complicated multi-month process. Neurona’s MGE platform expedites the production of human oligodendrocyte cells from pluripotent stem cells. The MGE oligodendrocyte candidate is being evaluated for disease modifying activity in preclinical studies supporting multiple, undisclosed future indications.

Alongside its unmodified cell therapy candidates, Neurona is developing genetically modified, or gene-edited, cell types for targeted delivery of therapeutic factors to the central nervous system (CNS). The blood brain barrier has been a major obstacle for traditional drug delivery to the CNS, especially for large molecules. In contrast, Neurona’s cell therapies are targeted into the CNS where they integrate and stably persist long-term. In addition to their intrinsic mechanisms of action, these cell therapies can be gene-edited to deliver therapeutic cargo to the CNS in a sustainable manner. Unlike gene therapy vectors that have limited payload capacity and have traditionally been lacking in cell-type specificity, dosage regulation, and biodistribution, gene-edited cell therapies can be precisely engineered with complex payloads, cell and dose specificity, and superior targeting.